The challenges of female and male sexuality with Dora Moutot

On the occasion of the release of our CBD intimate oil Libertine, we went to meet Dora Moutot, author and creator of the @tasjoui Instagram account to talk about the issues of female and male sexuality. 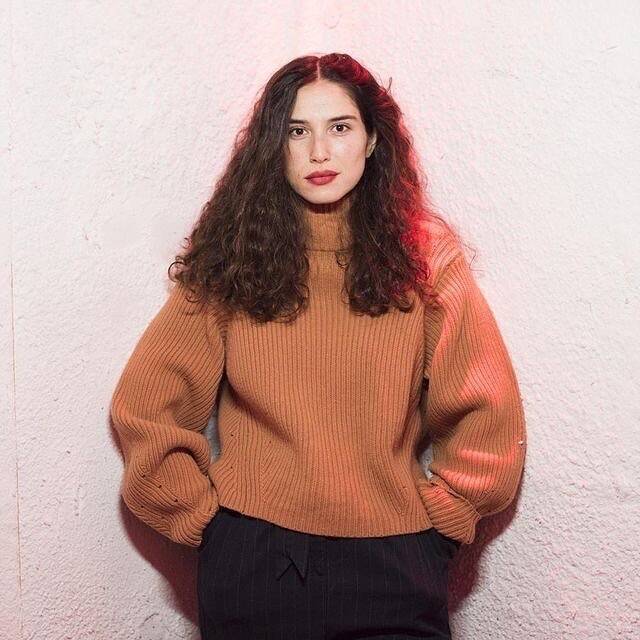 What have been the challenges of female sexuality over time?

For a long time, beliefs around female sexuality were mainly that the women either had too much or not enough libido. It took many decades to celebrate and come to terms with the existence of the clitoris, because at the time women were not yet allowed to study and practice medicine. It was therefore men who discovered it during the 16th century. At the time, it was thought to have a use in reproduction!

In the 80s and 90s, the discovery of the G-spot brings penetration back to the heart of conversations. Pornography is developing, as is the beauty industry, which contributes to fuel these new beliefs around sexuality and pleasure based solely on penetration. It is as if part of the freedom acquired in the 60s and 70s had been lost.

How to avoid a feminist backlash so as not to roll back women's rights again?

Since 1998 until today, the word frees itself. So as not to push back womens rights, be aware of female body functioning is one of the essential keys.

The report to the rules, the premenstrual syndrome, the menopause, the post-partum sex or the IVF are subjects still too little approached nowadays, whereas all the women can be concerned at some point of their life. The contraception has also participated in “muting” the female anatomy, by disconnecting the uterus from the vagina and thereby cutting off the sensations felt throughout the menstrual cycle.

Is an “educational” approach to physicians necessary to help make things happen?

This is indeed a real problem. Today, of the 8 SVT books offered at school, only 1 correctly represents the female anatomy ! The courses are mainly focused on reproduction, by completely cutting off the learning of what the clitoris is and what it is made up of, which is not at all the case with the penis, for example.

Because of pornography, many women want to go through the box “labiaplasty” (reduction of the labia of the vagina) when this technique involves the risk of cutting the nerves present in the clitoris and no longer feeling any sensation. Doctors and gynecologists also really need to be trained on certain clitoral abnormalities such as phimosis.

In terms of sexuality, are there differences between countries or orientations?

How is a woman perceived today who speaks openly about sex?

It's quite violent! The more the community grows, the more one is exposed to criticism, ongoing harassment, which comes mainly from men but also from women!

On networks, it is sometimes difficult to convey “nuanced” messages: you always have to be either on the left or on the right, which gives rise to many interpretations. We are also a victim of the “cancel culture”, Which manifests itself in harassment by private message, constant harassment on all networks with the objective of cracking the person in order to remove the words that disturb ... This also has a impact on personal life, especially relationships with men.

How to promote sexual equality between women and men?

It is also necessary to address the subject of dissociation : Around 30, some women understand that you don't have to make a distinction between sex and feelings. There's always that image of a liberated woman in Sex and the City, a pressure to sleep a lot when she's younger, which can fade over time. And that's OK!

What are the taboos on female and male sexuality that still need to be addressed in 2021?

On female sexuality, there are several: postpartum sex, menopause, vaginal penetration with the cervix point for example, which is discussed in Tantrism.

By speaking only of the clitoris, we simplify the sexuality of women while there are many other existing techniques.

Among the recently created initiatives, we can mention the @you have a hard-on, @ boys talk, but also podcasts Balls on the table et Heart on the table, which helps to re-enchant sexuality.

What are the discoveries and surprises that you have made with your account @tasjoui ?

At first, I started this account in a rather light, funny and sarcastic tone. Being one of the first activist Instagram accounts, I received a flow of testimonials from women victims of rape and sexual violence that I did not expect at all, and which still shock me today. I realized that these problems are very common, and affect all strata of society.

I also discovered through these testimonies the incest problem, long before the metoo movement. The male domination is still very present nowadays: as a woman, we undergo this domination, we are always afraid, we avoid certain places. It is a real problem that generates stress on a daily basis and that we can only understand if we have already felt this fear.

Can you tell us (spoiler-free) about your upcoming book?

The book is an extension of the Instagram account. On the internet, we must simplify thinking as much as possible. The book allows me to complicate and develop my thoughts. He will speak on many subjects: female dissatisfaction in matters of sexuality, pleasure in martyrdom, everything that has an impact on female sexuality, and male domination.

What advice can you give our readers to reclaim their sexuality?

The first piece of advice I can give is to focus on the functioning of his body, via books, tantra courses or yoga for example. The idea is to succeed in accepting yourself, and to assert yourself for example by daring to talk about what is wrong, or by leaving a relationship that no longer suits us. Must also learn to assert oneself in the face of the medical system, who tends to say that the problem is with the mind when there may be a real anatomical problem. Accept and also assume the periods of abstinence in the face of social pressure.