Our amazing surgras soap offered in all orders until 31/01 🧼

Medical cannabis: for what purpose?

This year, 3000 patients with serious pathologies will be able to relieve their symptoms thanks to medical cannabis (with CBD and THC). An unprecedented experiment in France which should move the sector in a few years! We take stock with the doctor Pascal Douek, author of the book “Medical Cannabis, a new chance”. 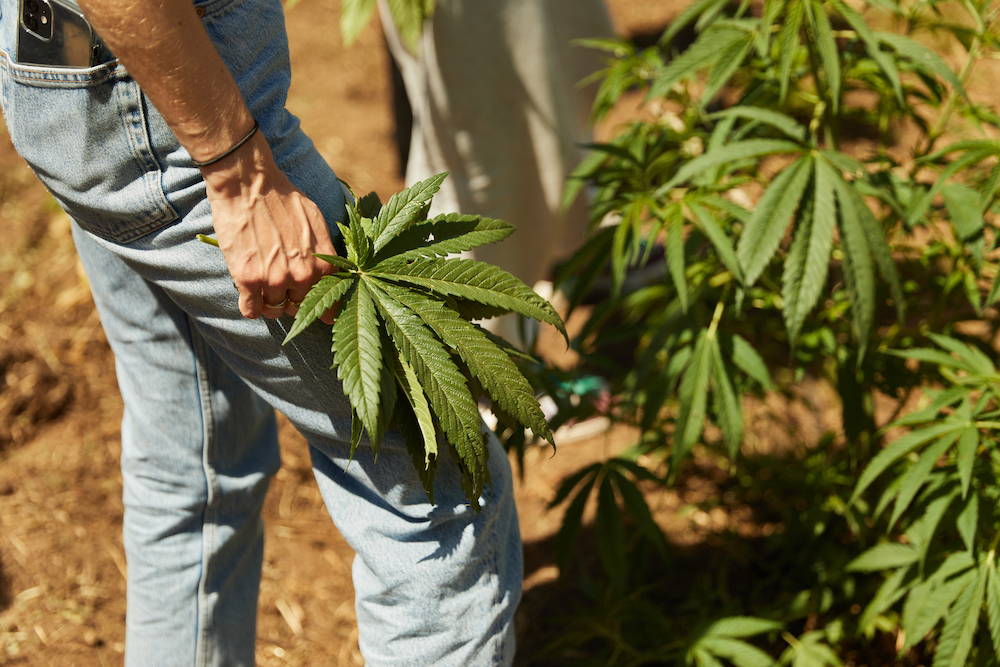 Remember, during our live on Twitch on April 16 to celebrate World Cannabi Day, the “420 Day”, Laure, founder of HO KARAN, brought together in our program all the cannabis specialists in France: business leaders, politicians, journalists… Among them, Pascal Douek, doctor member of the scientific commission for the experimentation on medical cannabis and author of “Medical Cannabis, a New Chance”.

The latter announced it to us during the show: a first medical study on the therapeutic use of cannabis began last March. The idea? Relieving 3000 patients with severe pathologies - on whom “traditional” treatments are currently ineffective - have given their agreement to test the long-term benefits of hemp (with and without THC). Considerable progress in the sector, potentially opening up to more cases (between 300.000 and 1 million patients would be eligible) and therefore a posteriori, the development of French hemp sectors to meet demand. Who is this study for? Can she really get things done? Why is France so lagging behind in terms of legislation? Doctor Pascal Douek enlightens us. 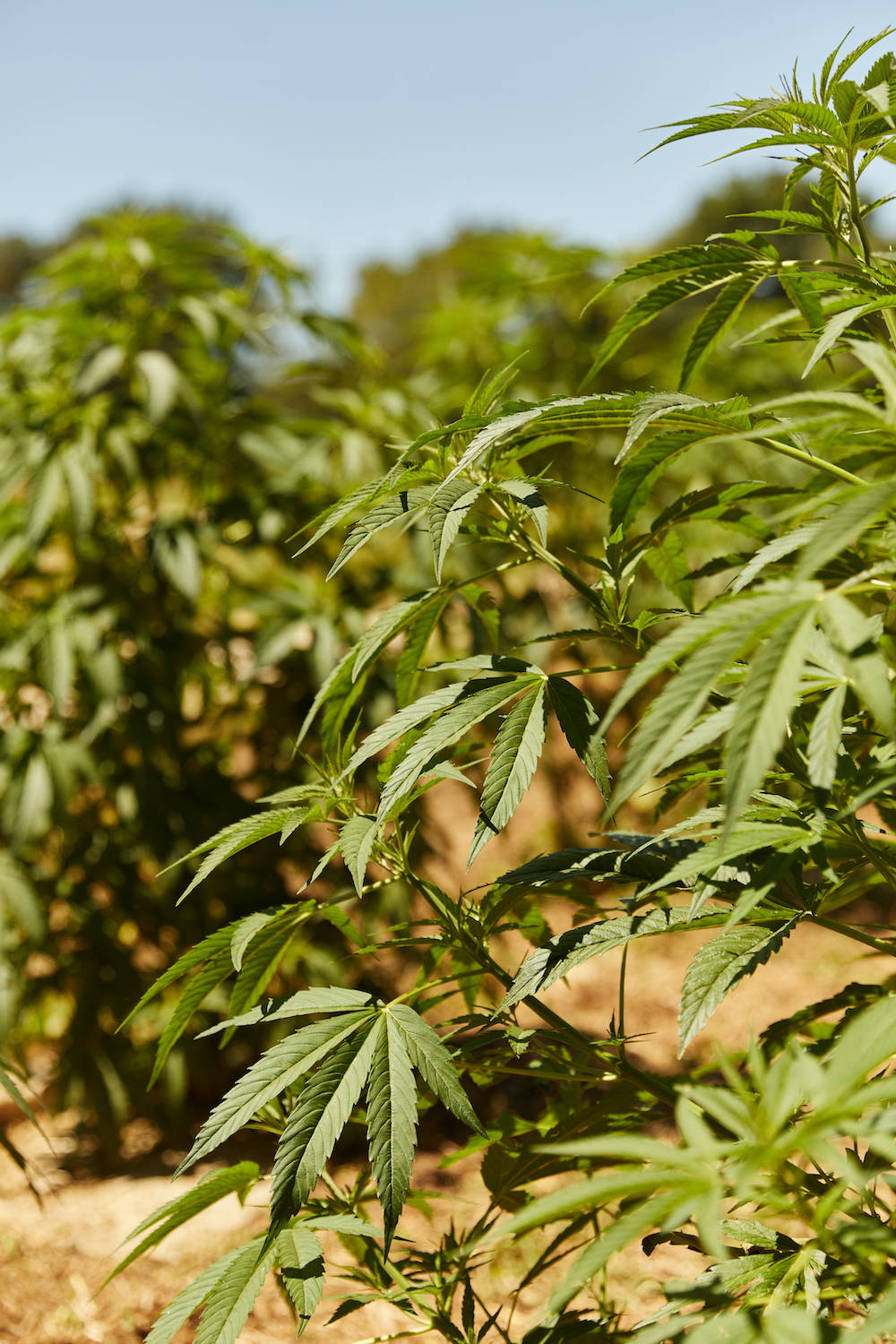 Tell us about this study on medical cannabis in France, where are we?

Please note, to begin with, we are not talking about a clinical study but rather an experiment. Cannabis efficacy is not evaluated, but rather an authorization framework (on 5 indications) is defined for 2 years. Since March 2021, we have observed the entire chain: whether doctors are prescribing cannabis to 3000 eligible people, whether pharmacists dispense it, whether the patients concerned are taking their treatment well and / or feeling relieved. With this experiment, we are trying to assess the feasibility and effectiveness of this new eco-system in France. For this, certain actors have been trained, companies (abroad, for legal reasons) have been selected to supply cannabis ...

Who are the 3000 eligible patients?

If their pathologies are different, these 3000 patients have one thing in common: their body is not responding (or no longer) to treatments at the present time. In short, cannabis is for them a last chance to be relieved, it is a huge hope. More specifically concerning the profiles, the scientific committee defined five indications: severe neuropathic pain, epileptic seizures, multiple sclerosis, patients on anti-cancer chemotherapy who face many side effects, and patients in end of life, in palliative care.

In what forms, during this experiment, do patients consume medical cannabis?

For 2 years, these patients will consume cannabis in two forms: oils, and dried flowers. 3 varieties of hemp will be studied: the first with a balanced THC / CBD ratio, the second with a dominant THC rate, and the last on the contrary, with more CBD than THC.

What is the concrete difference between medical cannabis and wellness cannabis?

Wellness cannabis is aimed at people in good health, who are simply looking for well-being and a better quality of life: sleep disorders, anxiety, certain pains ... HO KARAN treatments (such asAntidote, Day Over,OKLM infusion,Libertine oil…), It is wellness cannabis for example! Wellness cannabis is legal in France because THC levels are below 0,2%, in favor of CBD, the other non-psychotropic molecule present in hemp flower.

Medical cannabis, or therapeutic cannabis, is intended for patients with severe pathologies. We use the plant in its entirety (with or without THC), and its use is prescribed and supervised by the medical profession. It is not yet authorized in France, and that is exactly the subject of this great experiment.

Why is France so behind in cannabis legislation, if only medical?

It has been 5000 years since the first ancient civilizations (Greeks, Chinese, Romans, Egyptians ...) that doctors have used cannabis to relieve their patients: pain, but also loss of appetite, muscle contractures etc.

In the XNUMXth and XNUMXth centuries, cannabis was rediscovered with colonizations: the French with Egypt, the English with India, etc. These civilizations imported cannabis for use until the XNUMXth century, at the start of prohibition. It is only since the XNUMXst century that the markets have become more fluid, starting with Canada.

In France, we are late first for political reasons. However, it is also the biggest cannabis consumer in Europe! The repressive system is very severe (as in the United States in certain states) on the side of dealers as well as consumers, it is part of the history of France! The idea of ​​allowing medical cannabis is scary. Politicians are not taking the plunge because for them, it is the first step to legalize cannabis at all.

On the one hand, the Minister of the Interior, Gérarld Darmanin - openly against legalization - qualified cannabis as “poison” (note: last August 24 on franceinfo), on the other we are launching this great experiment on cannabis medical, difficult to navigate.

And then, France is not recognized for being the most “innovative” country in the world. We tend to go and see what's going on with the neighbors. With the legalization of medical cannabis in around XNUMX countries *, the pressure is growing. Health professional associations and some politicians are committed to authorizing medical cannabis, because we cannot let patients suffer without offering them this solution, at hand.

* Medical cannabis is authorized in Canada, the Netherlands, Israel, in 33 states of the United States, Chile, Colombia, Argentina, Mexico, Peru… And on the European Union side, in 21 out of 28 countries : Germany, United Kingdom, Portugal, Luxembourg, Lithuania, Cyprus ...

Will the results of this experiment change things?

That's the big question, but I'd rather be optimistic. The experiment started in March with 1000 patients, and in a while there will be 2000 more. What I hope is that in a year and a half, once the experiment is over, we will not let down the people who have been able to be relieved by cannabis.

Thanks to Dr Pascal Douek for his insight. To go further, find his book “Medical Cannabis, a New Chance”, published by SOLAR

NEWS
> This week, HO KARAN is launching Libertine Oil, our natural and edible lubricant rich in CBD broad spectrum, in mini version !
> To listen to our podcast HO KALM on stress and mental health, it's this way.